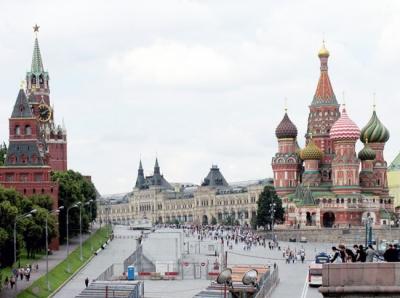 Welcome to the most popular Moscow sightseeing tour. It begins from the very center of Moscow -the magnificent Red Square. Do you know, why it has such a romantic name? It is one of the controversial moments, and you will discover a lot of them. Moscow is a city of contrasts, and you will find out many controversial facts with Moscow private guide. Here are just some slight facts, which usually surprise our foreign guests:

During Moscow private tours you will see stunning architecture and know legendary stories about Saint Basil’s Cathedral, one of the most beautiful masterpieces of Russian architecture. This cathedral is the symbol of Moscow, which is visited by millions of tourists every day. It’s absolutely gorgeous and it goes without saying that it is a must to see. Our marvellous tours by locals in Moscow are organised in such way, that you can visit all the most remarkable places and get to know the capital of Russia very well within some hours.

Personal guide Moscow will pay attention to every single detail, introducing the combination of modern Moscow and the historical one. This is one of the most famous Moscow tours in English to try by all means!

Going Down: the Hidden World of Moscow Metro

The deep exploration of the first Russian underground is ideal with personal tour guide Moscow. Creepy, mysterious, stunning, fascinating, yet modern, and very busy, the Moscow metro transports thousand of people every day. You are wondering, how is it possible, aren’t you? Then join one of our Moscow private tours created by locals and discover all the legends of the underground world!

Moscow private guide will give you the unique opportunity to deep into the old history and feel the ancient times. One of the most beautiful metros in the world, the metro of the Russian capital was built in the times of the Soviet Union by the order of Joseph Stalin. You will be 100% amazed by the stations, decorated with semiprecious stones and unique ornaments. While admiring the beauty of Moscow’s underground stations, you will realise one important thing: this metro is not only the important public transport for modern people, it is also a rich museum, presenting imperial Stalinist architecture.

With Private tour guide Moscow you will visit stations, which are 60-80 meters deep. They were used during the Second World War as bomb shelters. Even today there are mystical legends about Moscow’s subterranean kingdom, which you will lear during the tours with personal guide Moscow. Choose special Moscow city tour guide private tours and use the perfect opportunity to become the part of the Moscow culture and history.

The Heart of Moscow: Welcome to Kremlin Tour 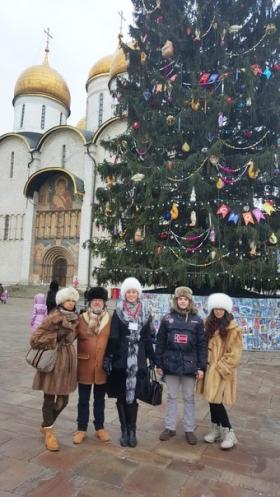 The modern Kremlin is believed to be the historical heart of Moscow and the actual residence of the President of the Russian Federation. And it is definitely a place to visit and spend a whole day, exploring beautiful buildings and tiny gardens. The Kremlin private tour is specially created for these purposes.

It’s a strange fact, but for many foreigners the word Kremlin is usually associated only with the political power and politics. Well, that’s not completely true and you will find it out during our Moscow private day tours. You will explore elegant Byzantine style churches with golden domes. Already surprised how it is possible? This is because in the fourteenth century the Kremlin was the hear of both political and religious power of Russia.

Choosing to spend the day with personal tour guide in Moscow, you will see:

Besides that, on tour you will see the biggest cannon in the world (Tsar Pushka) and the biggest bell in the world (Tsar Kolokol). One more interesting fact to get you puzzled: did you know, that neither of them were ever used? During our Kremlin private tour you will know why. We will discuss the questions of similarity and differences between Catholicism and Orthodoxy, and you will have a deeper view on the Russian mentality.

The secrets of the Diamond Fund and the Armoury Chamber

The Kremlin is not only a center of political power, it is also a citadel with Russia’s most important churches and administrative buildings, and some of them are definitely worth seeing with Moscow sightseeing tours. The Armoury Chamber is not only a place containing a legendary collection of swords, arms, guns, and shields, but it is also a treasury full of priceless treasures. Speaking about treasures, we want to outline:

And it is only the beginning! Find out more with personal guide Moscow and we guarantee your journey to Russia will be unforgettable!

Moscow by Car: Turning into Local

Being the capital of the Russian Federation, Moscow is not only a historical city rich in history, it is also a huge busy metropolis, which never ever sleeps. With our personal tour guide Moscow, you will discover that the city has a mixture of different architectural styles. And the main benefit of the car tour is that you can visit all the Moscow’s city center, as it is enormously big. By the way, be ready to face the gigantic love for everything in Moscow: claiming to be among the strongest countries in the world, the Russian Federation keeps to the its actual attitude to think big and to build big as well. Sometimes the distances are so enormous, that the car is essential to discover everything you want. Besides that, outside of the historical center, we can visit some beautiful non touristic parts, which are not so easy to reach on foot or on public transport. Moscow demonstrates Russia in miniature, and our Moscow tours in English will help you to discover it, going deep into the history, culture, and peculiarities of the Russian mentality!

Speaking about the actual tour organisation, we can order a comfortable minibus, choosing either  an economy or a business class option.

The list is really rich, and it is made individually depending on the tour. Also Moscow private guide is happy to organise any type of tour you might possibly want. Here is a short list of places to visit: